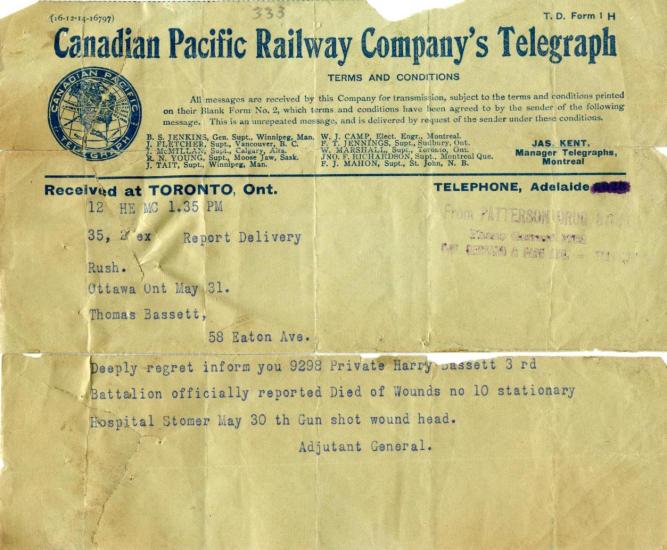 Telegram to Thomas Bassett notifying him of his brother’s death on May 30, 1915 (Harry actually died on May 29)

Inspiring future generations to remember the men and women who endured the most traumatic period in our country’s history must surely be one of the most important aims of the First World War centenary. I was therefore very pleased when I was contacted by Angela Gao in February of this year.

Angela is a student at Bayview Secondary School in Ontario and researched Private Harry Bassett as part of her “The Life of a Soldier” history assignment. Her teacher, Mr. Mark Croswell, asked his students to trace the life and death of a Canadian First World War soldier from the 3rd Battalion CEF. 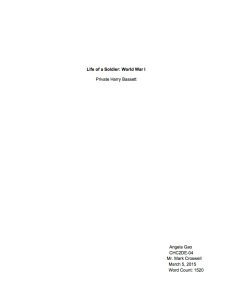 Angela found the article I wrote on Harry last September and when she got in touch I was happy to provide her with more correspondence related Pte. Bassett, his brother Thomas and the Department of Militia and Defence. She had already gathered a great deal of information on Harry’s early life and his time with the 3rd Battalion. She combined this with a timeline, maps, photos, census records and a variety of other documents in her report entitled Life of a Soldier: World War I Private Harry Bassett (19.5MB). Angela has kindly allowed me to publish her report and we both agreed it would be most fitting to share it with everyone 100 years to the day that Pte. Harry Bassett died at the No. 10 Stationary Hospital in St. Omer.

Thank you to Angela for sharing her report and to Mr. Croswell for encouraging his students to make  meaningful connections to the past by researching our fallen soldiers. 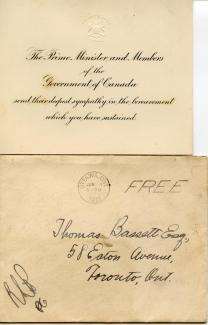 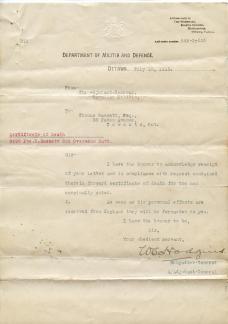 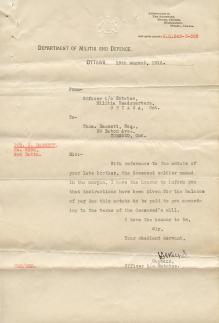 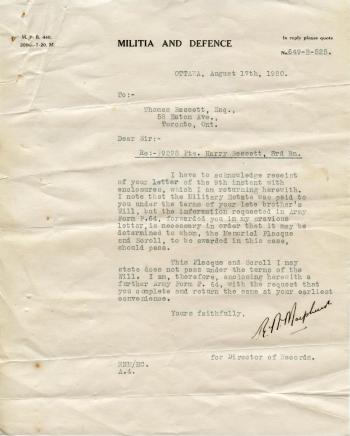