Nestled in Clayoquot Sound a short distance away from the small community of Tofino lies Morpheus Island, the final resting place of twenty-two¹ west coast pioneers, including three soldiers of the First World War. These are the island’s only permanent residents and visitors to the cemetery are few and far between. Those who wish to make the journey must do so by kayak or water-taxi and last week my girlfriend and I did exactly that. And what a fantastic experience it was!

Our water taxi ride was a scenic 10-minute journey and after shuffling off the bow of the boat we found ourselves alone on a small pebbly beach. The sound of the boat engine soon faded away to be replaced by the call of ravens and eagles that circled overhead. A rough-cut trail leading up from the beach was easy to spot and after a short climb we encountered two cedar grave markers.

I confess to being somewhat spellbound by my first glimpse of the tiny cemetery. Most of the graves are less than a century old but the cemetery appears much older, almost ancient. This is no doubt due to the lush temperate rainforest that receives an average of 3500 mm (139″) of rain a year. Towering firs and cedars support a rich undergrowth that slowly spreads to envelop the small clearing carved out of the forest. Until recently the cemetery was covered in a thick layer of ferns, a fact confirmed by our water taxi driver who mentioned that only a few months ago he ferried a groundskeeper over to the island.

In addition to First World War veterans Francis Robert Burdett Garrard, Rowland Egerton Brinckman and Frederick Gerald Tibbs there are nineteen others buried on the island. Most made their final journey to the island on a mortuary barge towed by the Tofino Lifeboat, including little Arthur Henry Hovelaque who was barely 5 months old. Members of the Arnet, Eik, Hansen and Grice families, all early settlers to the area, are also interred here. These include the parents of Joseph Harold Grice of the 29th Battalion (Vancouver) CEF who died at Passchendaele and who is remembered on the Menin Gate in Ypres.

While the area has been home to indigenous peoples for thousands of years not all newcomers were of Canadian or European heritage. Japanese communities began appearing on the west coast in the late 19th century and grew rapidly in the early 1900’s. By 1921 a large number of Japanese fishermen were working in and around Tofino and Ucluelet and over time their families became integral members of local society, so much so that members of the Sakauye and Kimoto families were also buried on Morpheus Island. Unfortunately these close ties unraveled following the events of December 7, 1941. Suspicion and rumours quickly spread and by mid-January 1942 the Federal government had declared all Japanese persons on Canadian soil to be enemy aliens. On March 15² the Japanese of Clayoquot Sound were “evacuated” to internment camps located a minimum of 160 kilometres inland from the coast.

Japanese-Canadian Fishing Fleet impounded near Steveston, BC on Dec. 10, 1941. Source: Library and Archives Canada (MIKAN No. 3193627)

The Morpheus Island cemetery remained in use until the late 1940’s when a new more accessible cemetery opened off what is now Highway 4 approximately 10 kilometres from Tofino. If you wish to visit Morpheus Island you can access it by kayak or Tofino Water Taxi. The cost of a water taxi in February 2018 was CAD$30 per person plus 5% GST (note: two person minimum).

Our Tofino Water Taxi after dropping us off on Morpheus Island.

The trail from the beach to the Morpheus Island Cemetery 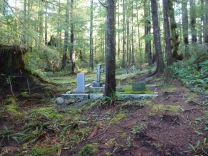 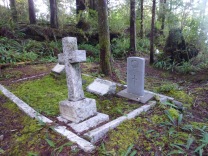 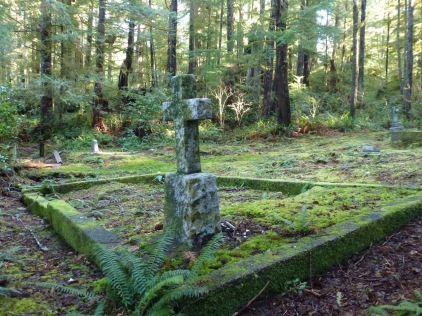 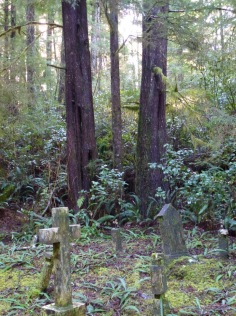 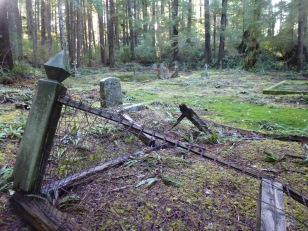 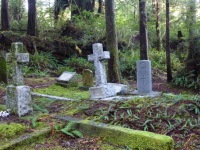 The graves of Jacob and Johanna Arnet, Morpheus Island Cemetery 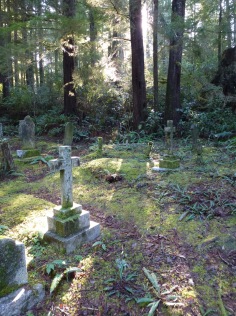 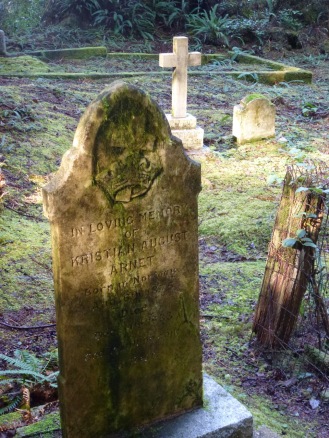 A small beach near the trailhead on Morpheus Island