A water-filled crater in Railway Wood

On Wednesday I made the journey from the north Norfolk coast to the city of Ypres. It took five trains and the better part of a day but I arrived on schedule and just in time to enjoy a beautiful evening. Recently parts of Belgium, France and Germany have endured torrential rain and although Ypres didn’t flood it has had its share of wet weather.

I’m staying just outside Ypres, in a b&b on the Menin Road very near Hooge Crater Cemetery. It’s located on the slope of Bellewaerde Ridge, the scene of fierce fighting for most of the war, and in 1916 it would have been situated in the middle of no man’s land. From my bedroom window I have a view across fields to Railway Wood where tunnellers from both sides attempted to blow each other out of their positions.

Having spent nearly eleven hours sitting I was anxious to stretch my legs and explore the area. A short walk in the direction of Menin brought me to the Hooge Crater museum where I turned to follow a small lane to Railway Wood. The wood contains footpaths that lead past half a dozen mine craters, many filled with water. In the early evening I had the wood to myself and the only sound I heard was the wind in the leaves.

Looking toward Ypres on the Menin Road

I first visited the Liverpool Scottish Memorial and then the Royal Engineers Grave, a memorial to the twelve soldiers who were trapped underground and remain there to this day.

I retraced my steps to the museum and then crossed the road to visit the Hooge Crater Cemetery, the final resting place for 5,916 Commonwealth soldiers, 3,570 of whom are unidentified. The setting sun added to the already emotive landscape and when I finally left I paused in the middle of the Menin Road to capture a shot of the silhouetted bell tower of the Cloth Hall in Ypres, a mere two miles away.

Over the next five days I’ll be walking or cycling to nearly two dozen cemeteries to pay my respects to more than 70 soldiers who have a connection to Victoria, B.C.. I look forward to sharing my photos and discoveries and when I return home I’ll provide more detailed stories on the soldiers I’m remembering in the Ypres salient. 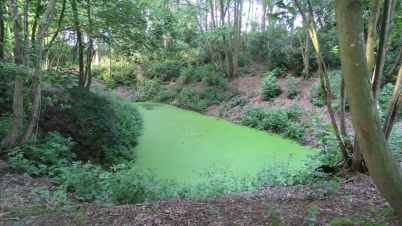 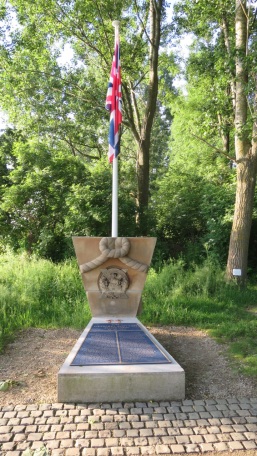 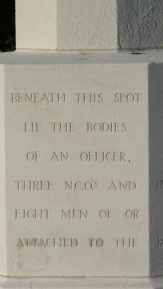 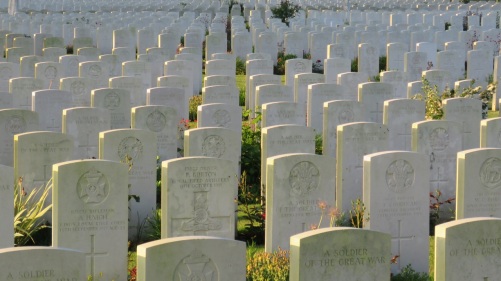 Looking toward Ypres on the Menin Road 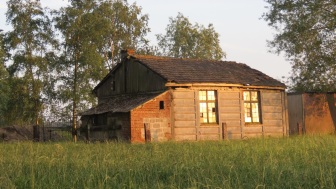 An old farm building in the setting sun 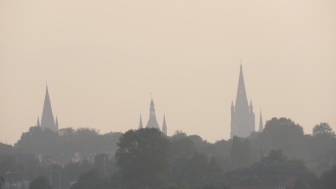 Spires in Ypres (Cloth Hall Bell Tower on the right) 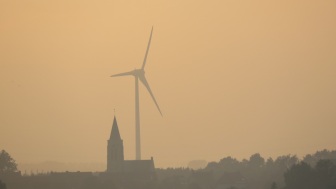 The church in St. Jean 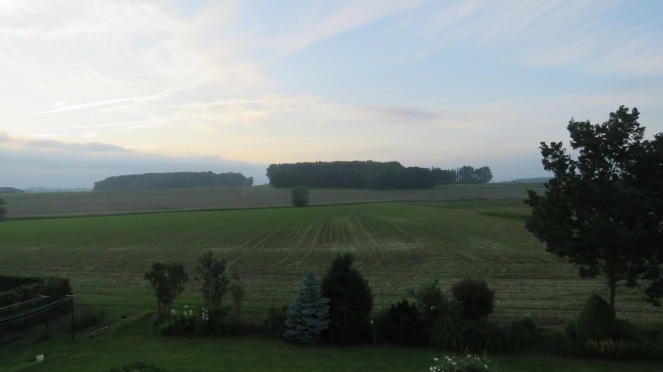 The view to Railway Wood from my room