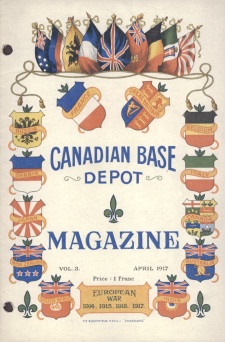 This is the final article in my three-part series on digitized Canadian Trench newspapers. In the first post I featured newspapers published by numbered infantry and artillery units while the second focused on publications by Canadian Medical units. The final instalment includes newspapers published by a variety of units including the Canadian Army Service Corps and the Canadian Engineers as well as publications from a variety of Military Camps, Training Schools and Headquarter’s units located in Canada, Britain and the field.

The Library and Archives Canada (LAC) collection also includes four digitized trench newspapers from the Middlesex Regiment and the Machine Gun Corps, both British units, and I’ve included links to those as well.

LAC is my ‘go-to’ resource due to their large collection and the fact that you can download PDFs of each issue. The British Library (BL) is another helpful resource and I’ve provided links to their collection when a digitized issue was unavailable at LAC. 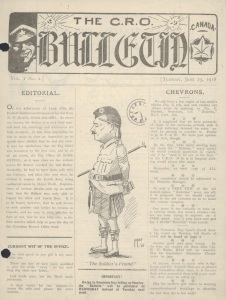 There are other resources too, such as Early Canadiana Online and the Canadian War Museum (CWM), although as far as I know they do not include digitized issues that are not already available at LAC. The CWM Military History Research Centre compiled a list of Trench Newspapers of the First World War which can be viewed in person and in some cases photocopied for a fee.

If you find a broken link or if you know of other resources for digitized Canadian trench newspapers please contact me or leave a comment below and I will update my list accordingly. Thanks in advance.