On board H.M.T Andania with the 14th & 16th Battalions CEF 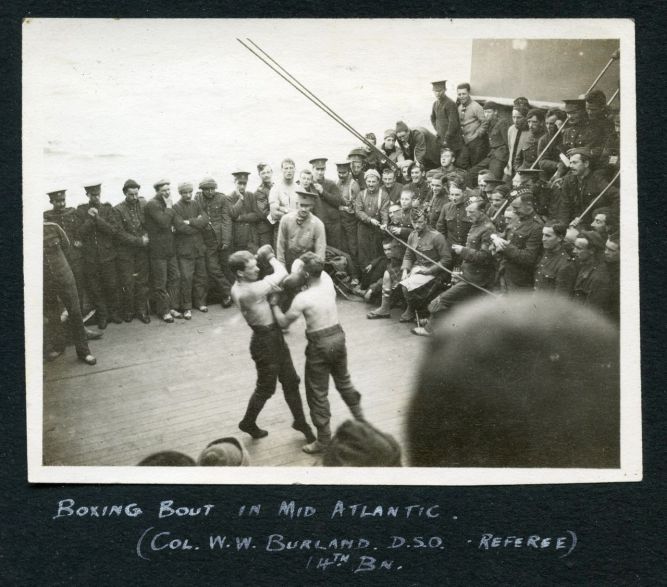 This is the sixth in a series of articles highlighting the experiences of Private John Denholm of the 16th Battalion (Canadian Scottish) during the First World War. Articles will be published on the 100th anniversary of each event and will feature photos and ephemera from an amazing scrapbook that he compiled shortly after the war.

Today I’m publishing three more wonderful photographs from John Denholm’s First World War scrapbook. I’ve spent a lot of time scanning the dozens of faces in the first two photographs looking for my great-grandfather Herbert but to no avail. Can you spot your ancestor in the crowd? If they enlisted in 1914 and sailed with the 14th or 16th Battalions aboard the Andania you may be in luck. Note: only companies 4, 5 & 6 of the 14th were on board the Andania.

The third photograph shows the Armoury Sergeant, who I believe to be Perey B. Gibson, lecturing the troops on the Ross Rifle. Looking on from the crowd is a very young Piper James Richardson who would earn the Victoria Cross but lose his life in October 1916. To my knowledge this photograph has never been published before today.

One of my favourite stories about the voyage involves Piper Richardson, whose practicing was interrupted by members of the 14th Battalion, the only non-Highland Battalion in the 3rd Infantry Brigade.  This didn’t sit well with the 16th and so the battalion, accompanied by the Pipes and Drums, proceeded below decks to ensure the 14th had a front row seat to a prolonged practice session. According to Canon Fredrick George Scott in his book The Great War As I Saw it, the 14th “retaliated by turning the hose on them. A genuine battle between the contending factions was only averted by the diplomacy of the O.C.”. 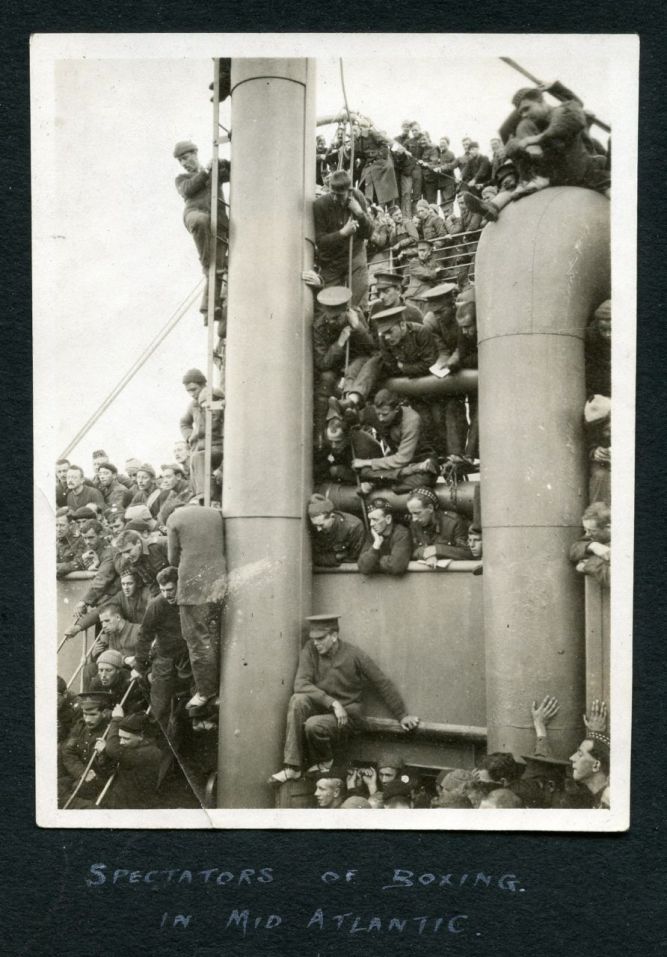 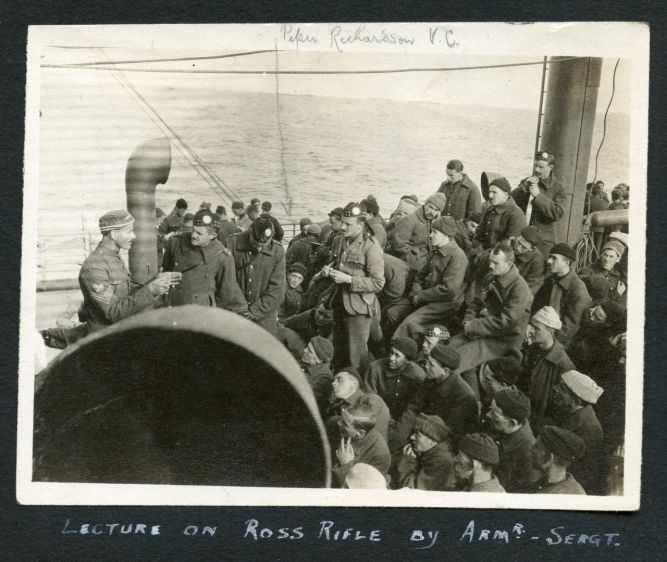