Mystery Photograph: Do You Recognize this Soldier? 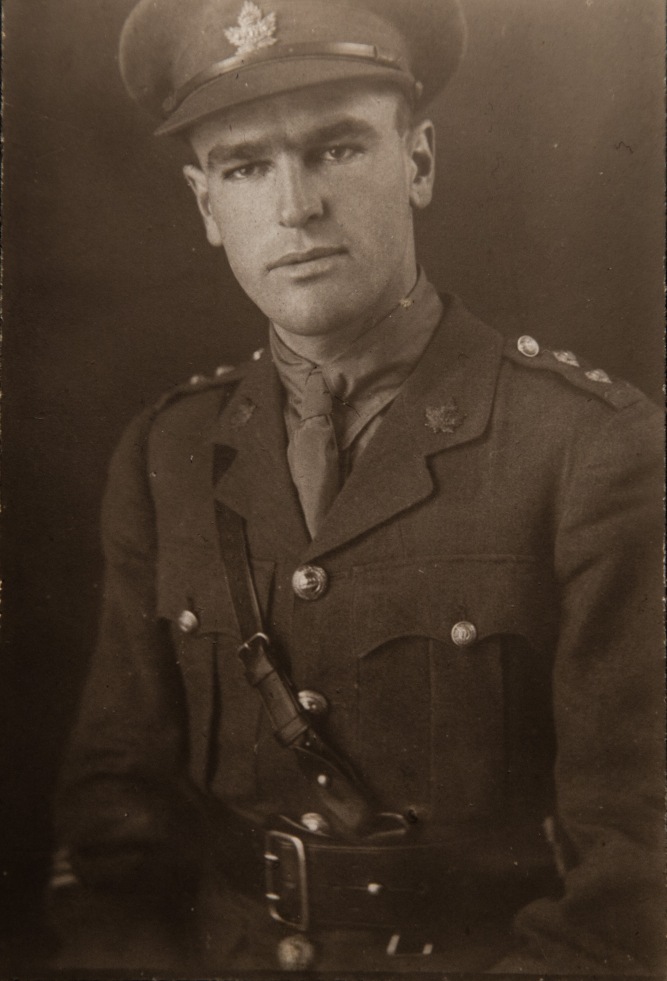 Can you help identify the soldier in this photograph? It was treasured by its original owner and is now in the possession of her granddaughter.

All that is known for sure is that he is a Lieutenant in the 47th Battalion and that the original owner was Miriam Gladys Mathews, a nurse who lived in London and Grantham, England during the war. The 47th Battalion was raised in New Westminster, B.C. although as the years went by it was reinforced by men from other parts of the country.

I’m hoping that if enough people see this image someone may recognize the face from a family photo album, newspaper clipping or military archive. Please share this image with friends, family and followers.

There is an inscription on the back of the photograph which mentions the names of three soldiers, one of which, David Julian Cust, is believed to refer to the Lieutenant. Unfortunately to date this inscription has raised more questions than answers:

With the name-based search turning up nothing we are now concentrating on distributing this image to as many people as possible. I’ll be putting a call out on Twitter and Facebook and we will keep our fingers crossed that a crowd-sourcing approach might work. If you have any information that might help solve this mystery please contact me. Thanks! 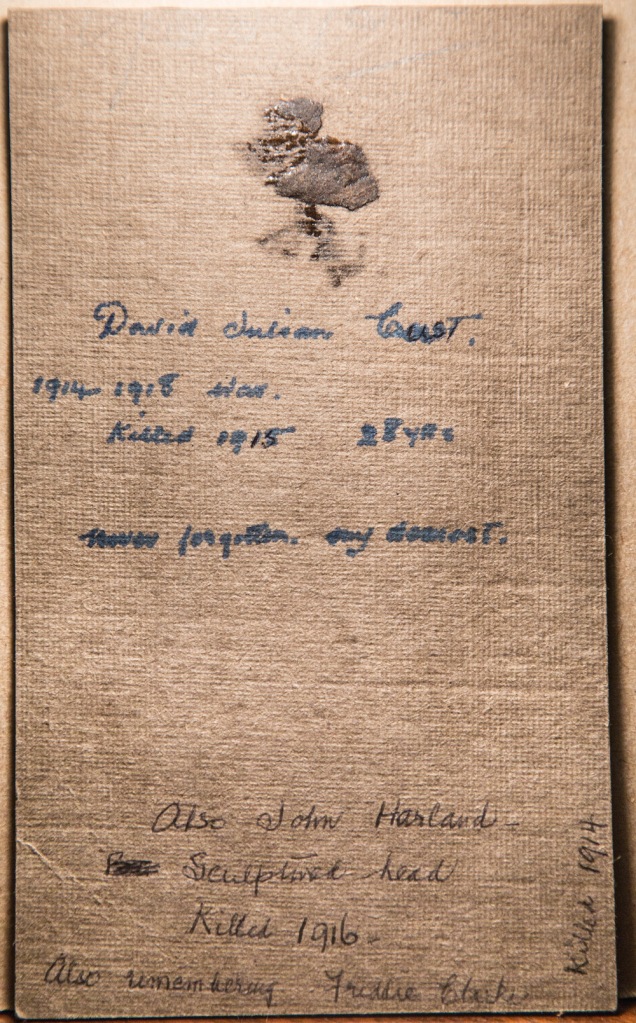 The back of the photograph featuring a Lieutenant in the 47th Battalion.