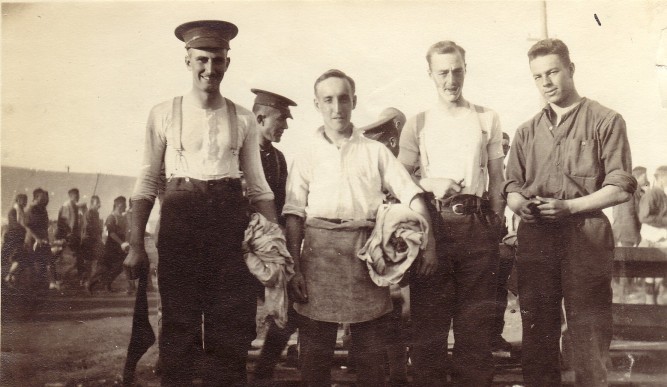 If you research Canadian soldiers of the First World War there is a very good chance that you’ve read a news clipping or seen a photograph posted by Marika Pirie who in the last 15 years has contributed more than 12,000 images to the Canadian Virtual War Memorial.

Marika holds an Hon. BA (History & Art History) and an MA (History) but became interested in the First World War in 1996 when she began researching her great uncle Pte. Goldwin McCausland Pirie. Her great uncle was wounded at Second Ypres and evacuated to Britain where he died at Netley Hospital on July 1, 1915. Marika’s research yielded 200 pages of information, highlights of which she has shared on her blog but more importantly it sparked an interest in other soldiers whose stories had not been told.

Marika’s desire to uncover the names and stories of Canadian servicemen was of great benefit to the Canadian Virtual War Memorial (CVWM) when it began accepting image submissions from individuals. She’s uploaded images from a variety of sources including soldier’s gravestones, memorials and plaques, Rolls of Honour as well as old books, magazines and newspapers. She finds the work very rewarding and knows the information has and will continue to be used by individuals, community groups and schools to research and commemorate Canadians who served in the First World War.

Marika has thousands of images yet to be uploaded and maintains a spreadsheet she uses to quickly retrieve information for fellow researchers, including myself on several occasions. Lt. Alexander Hewitt Bostock‘s entry on CVWM, a soldier with a connection to Victoria and whose grave I will soon be visiting in Ypres, includes two of her images while all of the items on Pte. Benjamin McCormack‘s page were contributed by Marika.

In the 1990’s Marika was based in Toronto and her initial efforts were focused on recording memorials and gravestones in that area, including memorial plaques in churches that no longer exist. Since moving to Calgary in 2009 she has made several research trips throughout Alberta and British Columbia but her goal remains to record information on Canadian soldiers from every part of Canada.

Over the years Marika has also contributed information to the Canadian Great War Project, including transcriptions of her great uncle’s letters. She is also very active on Twitter and the Canadian Expeditionary Force Study Group.

Marika spends a lot of time retouching and grouping images, often scouring her collection of rare vintage postcards and photographs for ideas and inspiration. She knows it’s time well spent and feels strongly that it’s important to show respect for the individual being commemorated.

If you follow Marika on Twitter (@MarikaIPirie) you’ll have seen many items from her collection however she’s kindly allowed me to share some of them below.

A soldier from Saskatchewan. Courtesy: M. I. Pirie collection. 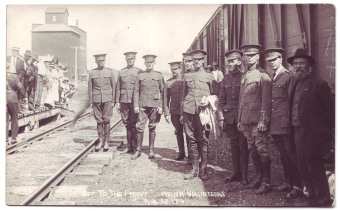 Soldiers from the 135th Battalion. This photo was used on the cover of Desmond Morton’s “Fight or Pay”. Courtesy: M. I. Pirie collection.

An example of an image collage uploaded to CVWM. Courtesy: M. I. Pirie collection.