I recently found this wonderful panoramic photograph of the 131st Battalion taken at Vernon Camp in the summer of 1916. At 45-inches long it provides a sweeping view of the tented camp and a rare glimpse of a battalion ‘at ease’. After a brief recce I found a location on Google Street View that overlooks the area featured in this photograph. The outline of the hills in the background will give you an idea of the how area looks today.

The 131st (Westminster) Battalion published a 50-page booklet in 1916 that featured photos of its’ officers and men. This booklet has been scanned and is available in PDF form on the The Royal Westminster Regiment Association website. The 131st Battalion was commanded by Lt-Col. J.D. Taylor and departed Halifax for England on November 1st, 1916. On arrival in England they were absorbed into the 30th Battalion.

The gallery below includes the four scans I stitched together to replicate the panoramic photograph featured above. When viewing them in the slideshow click on the “View Full Size” link in the lower right corner to see them at the highest resolution: 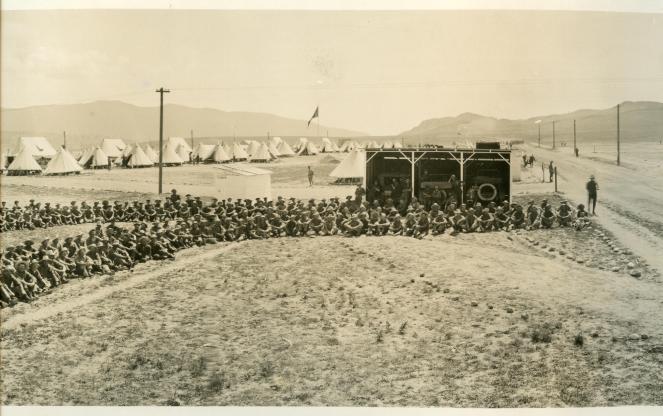 Categories: Photographs, Researching, Who Goes There?