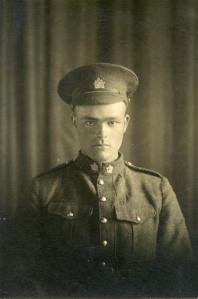 It would seem that Library and Archives Canada have now begun uploading large numbers of digitized service files onto their Soldiers of the First World War: 1914-1918 website. Earlier this year LAC announced they would begin scanning more than 640,000 service files and uploading them to their website in stages over the next one to two years, and more importantly they would be available free of charge.

The scanning has been underway since March and I’ve been closely monitoring their website for updates. This evening I noticed a new message which read:

“We will add new files every two weeks, as the CEF digitization initiative is a priority for us”

A subsequent search of their database revealed that digitized PDF files are now available to view for free for almost all soldiers who surnames begin with “A” or “Ba – Bo”. This is in addition to the thousands of digitized services files which were already available online. 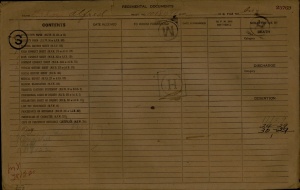 If you’ve never had a look at a digitized service file I’ve included a link to Alfred Bohn‘s file in the photo caption to the right. Alfred Bohn enlisted with the 232nd Battalion in North Battleford, Saskatchewan in May 1916. By December 1917 he had joined the 5th Battalion at the front. He was promoted to Corporal on February 18, 1918 but sadly was killed in action on March 12th, 1918.

Note: I noticed that the search result totals being returned from their search engine are inconsistent and largely inaccurate. This isn’t an issue if you are searching for a soldier by name or service number however if you do a wildcard search with the “Digitized File” flag set to “Yes” you will get some very unusual search result totals.