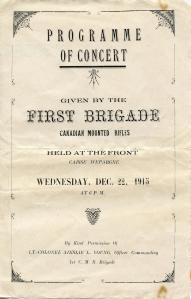 Concert at the Front

The Brigade entered the front lines in early October and again in late November. The war diary entry for Dec. 22, 1915 includes a reference to a “Brigade Concert at Bailleul“. The  programme cover states the concert was held at “Caisse D’Epargne” (“Savings Bank”) and so I believe it could be referring to this building in Bailleul.

Nine days after this concert the Brigade was reorganized into infantry battalions of the 8th Infantry Brigade. The 3rd CMR was absorbed into the 1st and 2nd CMR and both units saw action in most of the major battles of the First World War. The 1st CMR lost 80% of their men (killed, wounded or captured) when the Germans overran their lines at the Battle of Mount Sorrel between June 2 – 13, 1916. Three of the individuals listed on this programme lost their lives in that battle: Walter Chaplin Scarr, Norman Froud Weston and Ivor V. Withers. Many others who took part in that Christmas concert also lost their lives in subsequent battles. These included E M Hallsmith, Norman Halliday Moncreiff, James McNeill and likely others who could not be positively identified from the initials in the programme.

Here’s a list of all the names appearing in this programme: 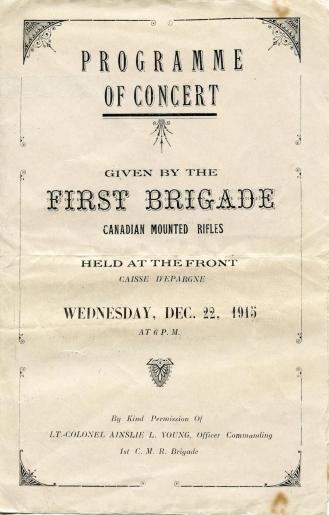 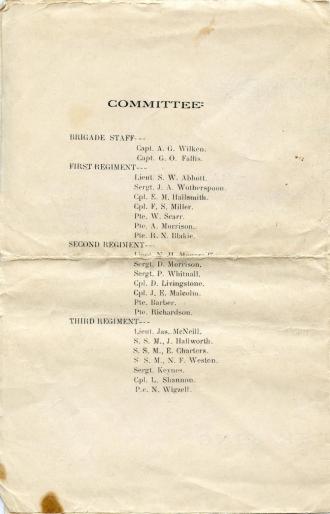 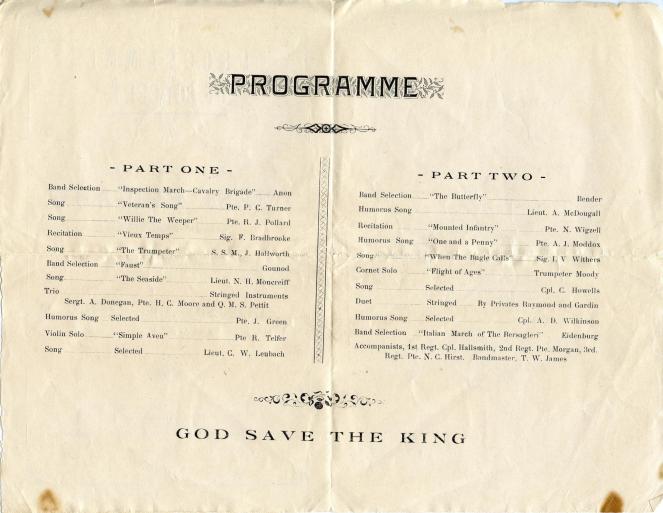 Categories: Christmas at the Front