Private Denholm at Red Gables Hospital in Surrey in May 1916

I’m continuing my tribute to those battling COVID-19 in our hospitals, nursing homes and as first responders by digging through my archives of First World War hospital photographs.

This week I”m featuring a series of photos taken at the Red Gables Private Hospital in Bletchingley, Surrey. The hospital was established by Mr. F.C. Abbott in November 1914 and operated as a convalescence home until February 1919. It specialized in treating men who received fractures of major bones due to shell or gunshot fire. One such patient was Private John Denholm of the 16th Battalion (Canadian Scottish) who was admitted in April 1916 after being seriously wounded in January of that year. I’ve written a dozen articles on Private Denholm and have featured many photos from his amazing First World War scrapbook.

I have over two dozen photographs taken at the hospital during John Denholm’s stay from April to late September 1916. Other than a photograph appearing alongside an article in a 1915 issue of the Surrey Mirror there appears to be little in the way of historical images of the hospital online. Therefore I’ve decided to publish all of my photographs in two separate articles, the second of which will be posted next week.

Hopefully this will be of interest to local historians as well as those of you researching individuals who worked or convalesced at Red Gables. Some of the images include names and so I’ve listed those below. Please post a comment if you find someone you’ve been researching, especially if their name has not been noted in John’s scrapbook. 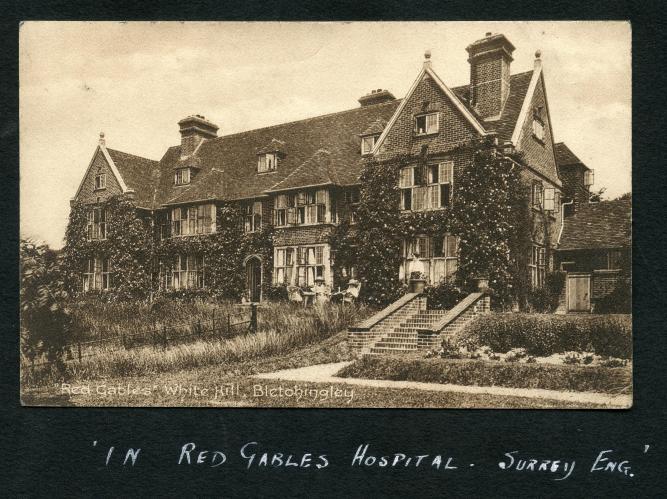 A postcard of Red Gables Hospital in Surrey 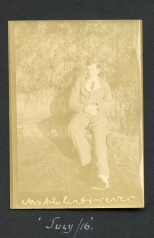 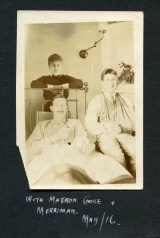 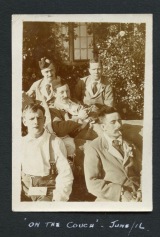 John Denholm “On the Couch” 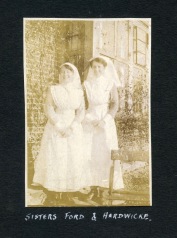 John Denholm – “In the Garden” 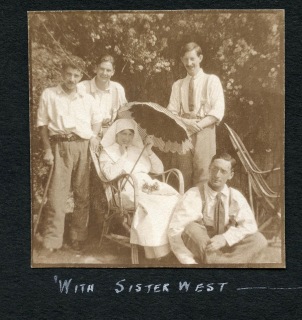 John Denholm and others with Sister West 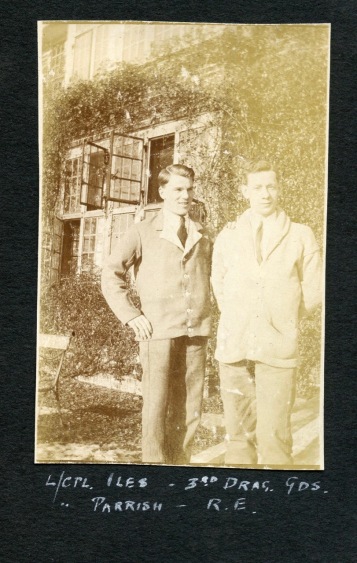 A group of soldiers at Red Gables 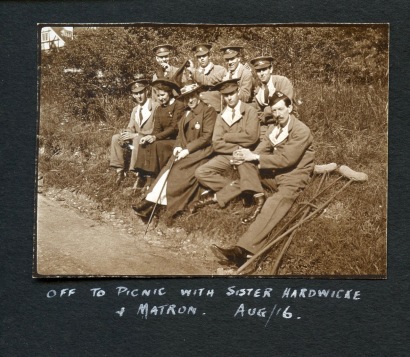 Off on picnic with Sister Hardwicke and Matron 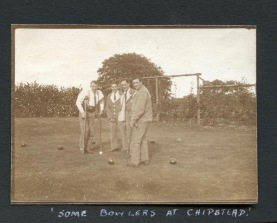 The Maids at Red Gables