Earlier this month I visited the Special Collections section of the University of Victoria Library where I had a first-hand look at their 16th Battalion (The Canadian Scottish) fonds. While waiting for the items to arrive I spied a notepad advertising a digital exhibition called Victoria to Vimy which I discovered had just gone online.

Victoria to Vimy provides online access to many of the First World War items held in the Special Collections Archives and the University Archives. The exhibition offers visitors the opportunity to view the war through a selection of photographs, letters, diaries and mementos collected by men and women who experienced it both overseas and at home. This includes three men from Victoria, Archie Wills, Theodore Monk and Joseph Clearihue as well as Georges Destrubé, a British-born homesteader from Alberta who moved to Victoria after the war. The exhibit also includes a very interesting scrapbook created by a young women from Ottawa named Florence Westman.

You will be tempted to start flipping through the scrapbooks and albums right away but I suggest you begin by checking out the collection of Stories. These provide background on the individuals who compiled the scrapbooks, snapped the photographs and scribbled in diaries. And it’s here that you can read about the Barrow Bomb Incident that blew the bolt off a coal shed door of a home in Golders Green in March 1918!

I have a particular fondness for First World War sketches and so I was drawn to the Destrubé family scrapbook where I learned of the tragic story of the Destrubé brothers. Four of five British-born sons and a daughter, all children of Ernest “Pumps” Destrubé and his wife Elizabeth, individually made their way to Canada in the early 1900’s. Three of the boys, Georges, Paul and Guy returned to England when war broke out and joined the Royal Fusiliers. Their sister Sylvie became a Voluntary Aid Detachment (VAD) nurse. Georges was wounded in 1916 but was rescued by his brothers, recovered and joined the Royal Flying Corps. Sadly both Paul and Guy were killed at the Battle at Miraumont on February 17, 1917. Guy was a very talented artist whose sketches of homesteading in Alberta and of the Western Front will now have a much larger audience.

This is only a sampling of what is available and so I encourage you to take the time to browse the entire collection. The material was digitized at a high resolution so be sure to zoom in to have a closer look and if you wish it’s also possible to download an entire scrapbook. Note: there is a small glitch with full-screen mode but it’s a known issue and is being worked on. 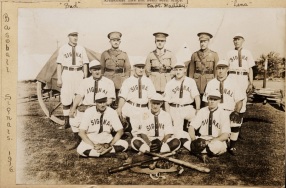 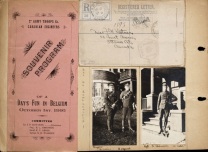 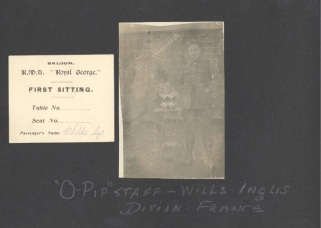 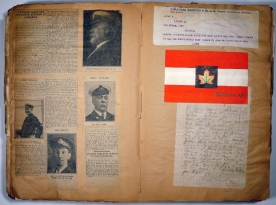