One of the highlights of my recent trip to Ypres was a visit to In Flanders Fields Museum, located in the city’s beautifully reconstructed Cloth Hall. As the museum guidebook points out the setting is no coincidence. It is perhaps the most impressive example of how they aim to present “the war as shown through the museum’s collection: objects, images, people and stories in relation to Ypres (Ieper)”. A visit to the museum is a unique and interactive experience that should not be rushed. 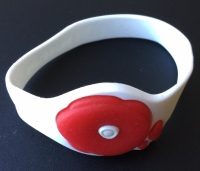 On arrival visitors are given a bracelet and a new identity, not unlike that assumed by those who joined up a century ago. My bracelet knew I was an English-speaking Canadian named Steve and my journey through the exhibit was customized accordingly.

The story of Flanders during the First World War is told from both sides and in Dutch, English, French and German. Ever-present in the background is the haunting soundtrack by English alternative rock band Tindersticks. “Whispering Guns Pt.1, 2 & 3” is the sombre track that greets visitors at “The Belle Epoque”, a dramatic introduction to the exhibit and one that instills within you an appropriate sense of foreboding.

The museum employs a variety of multimedia including interactive displays that use your identity bracelet to customize your experience. Large flat-screen displays are dotted around the exhibit and feature actors in uniform telling stories of their experience during different phases of the war. These unique perspectives include a refugee family, a British Tommy, a Nursing Sister and Fritz Haber, the father of chemical warfare.

A wide variety of objects are on display and many are presented in innovative and thought-provoking ways, such as the collection of battlefield artefacts in which large quantities of rusty and corroded bits of metal are gathered together by type and arranged in great swaths of bullets, shrapnel balls and buckles, like so many grains of sand on a beach.

I was also impressed with the how a soldier’s uniform and kit were displayed by suspending them on a large wire frame. It was both an art installation and an effective means of comparing how soldiers from Canada, France, Germany and the USA went to war.

The museum was also holding a temporary exhibition called Canada in Flanders which ran from March 26 to July 3, 2016. As mentioned in a previous post I contributed several photos of the 16th Battalion (The Canadian Scottish) as well as research on one of a handful of soldiers who’s experiences in Flanders are explored in more detail through personal objects. I thought the exhibit was very well done and it was wonderful to see Canada’s contribution recognized in this way. Any Canadian who has visited Flanders is well aware that their history will forever be entwined with ours.

If you enjoy a good climb and are not afraid of heights I recommend climbing the bell tower for an exceptional view of the city and the surrounding countryside. The museum also includes an excellent cafe and well-stocked shop. Overall I was very impressed with In Flanders Fields Museum and highly recommend that anyone visiting Ypres set aside at least half a day to give the exhibit the time it deserves.

My visit was made all the more special by the very friendly welcome I received from Annick Vandenbilcke and staff at the museum. I’m looking forward to a return visit, hopefully in the not too distant future. 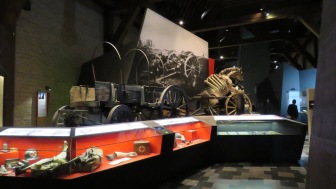 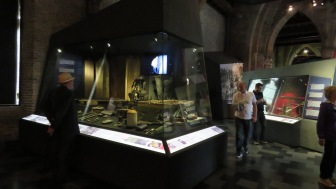 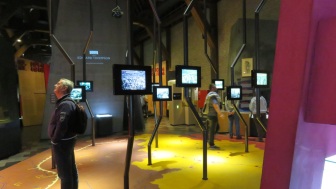 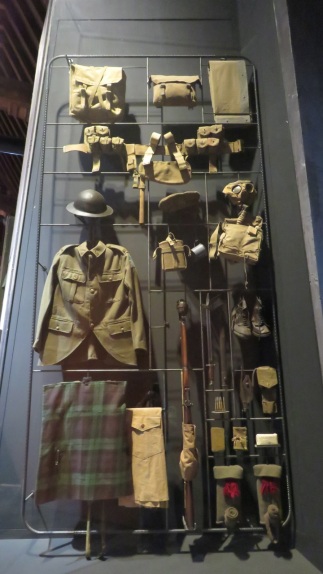 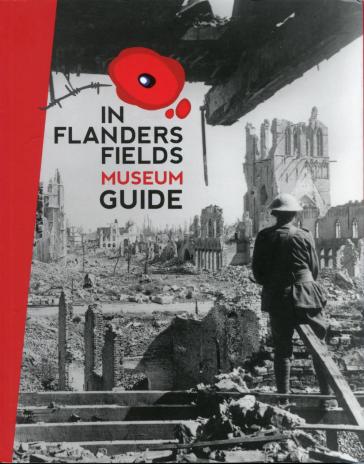 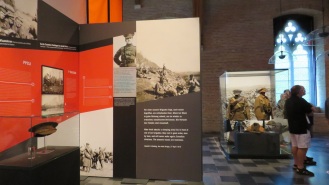 Two of my 16th Battalion photos on display 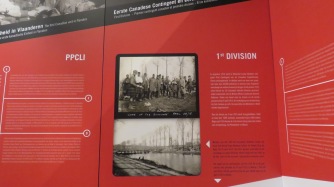 “Some of the Survivors” in the Canada in Flanders exhibit 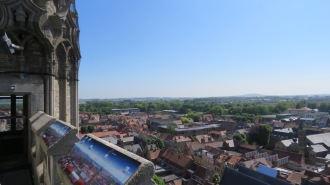 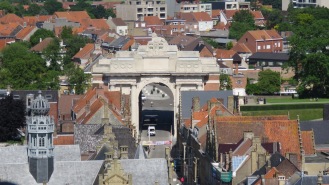 The Menin Gate from the Cloth Hall Bell Tower