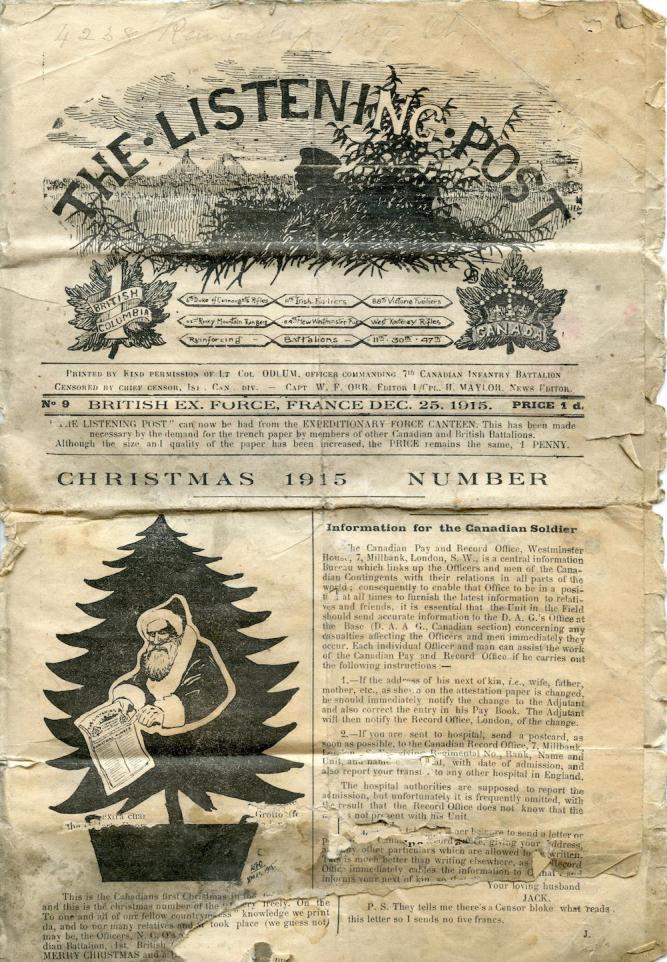 If a battered artefact such as this could speak I wonder what stories it would tell? I like to think this early trench newspaper was carried around in the haversack of a 7th Battalion soldier for several weeks, being re-read over and over again, before being folded and stuffed into an envelope with a letter and sent home for safe-keeping.

The Listening Post was a trench newspaper published by the 7th Battalion (1st British Columbia) of the Canadian Expeditionary Force. Thirty-three issues where published between August 1915 and March 1919 with a special edition being produced for a 1938 CEF veterans reunion in Toronto. According to A Muse of Fire: Literature, Art and War by Arnold D. Harvey, the newspaper claimed a circulation of 20,000 by October 1916.

Trench newspapers are well-known for their humour and this issue is no exception. From a work wanted ad:

“at present employed only 20 hours a day. Would like profitable employment for remaining 4 hours. Digging or carrying preferred”

issue No. 9 is dripping with trench humour. One of my favourite articles is entitled “7th Battalion Regatta” and begins with:

The Listening Post was just one of hundreds of trench newspapers published by the Allies during the First World War. While one of the most famous, The Wipers Times, has been reprinted over the years most originals are very hard to find. Early Canadiana Online has digitized a good selection of trench newspapers, including all 34 editions of The Listening Post. It is a subscription-based website ($10/month or $100/year) which allows users to preview a few pages for free. You can read issue #9 in its entirety here: 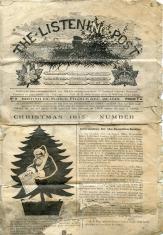 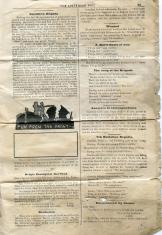 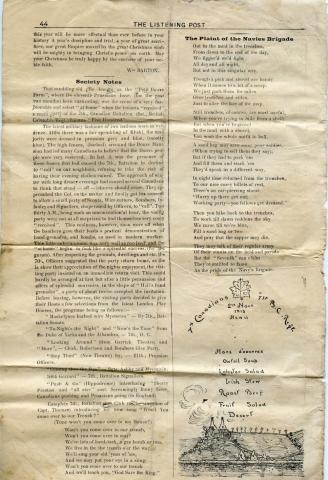