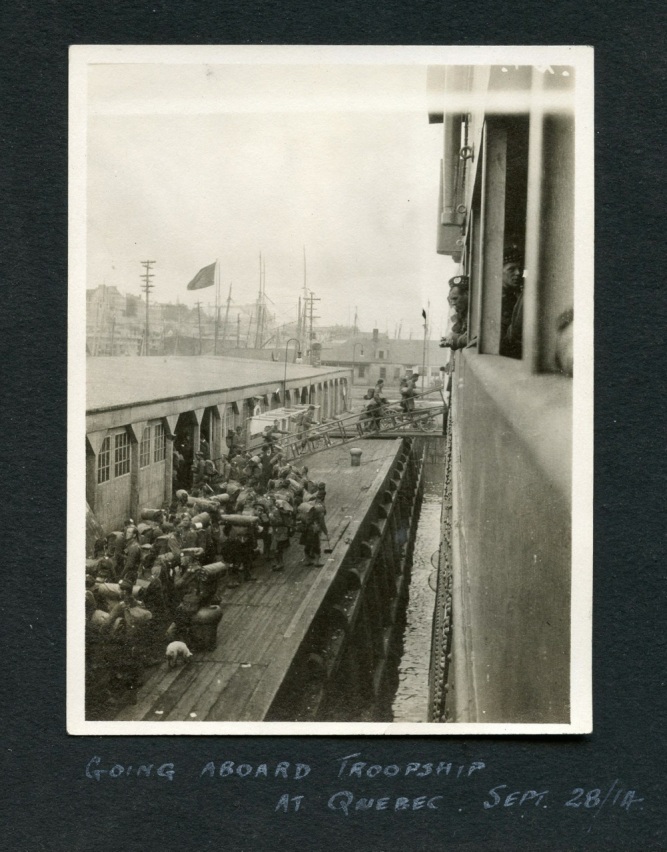 This is the fourth in a series of articles highlighting the experiences of Private John Denholm of the 16th Battalion (Canadian Scottish) during the First World War. Articles will be published on the 100th anniversary of each event and will feature photos and ephemera from an amazing scrapbook that he compiled shortly after the war.

Private John Denholm and the 79th Cameron Highlanders of Canada arrived in Valcartier camp on August 26, 1914. Over the next six weeks this Winnipeg-based regiment trained with their counterparts in the newly formed 16th Battalion C.E.F.: the 91st Argylls from Hamilton, the 72nd Seaforths from Vancouver and the 50th Gordons from Victoria. The Regimental History describes the much-anticpated day of departure as follows:

At four-thirty a.m. on September 28th the skirl of the bagpipes roused the men of the Battalion to a cold dawn with flurries of snow; by eight a.m. the last of the unit had marched away from camp and at twelve noon all were on board the “Andania”.

Departing Valcartier and boarding the Andania that same morning were Companies 4, 5 and 6 of the 14th Battalion (Royal Montreal Regiment), including my great-grandfather Private Herbert Clifford.

John Denholm’s scrapbook contains some exceptional photographs from the voyage and I will be featuring these on my blog in early October. 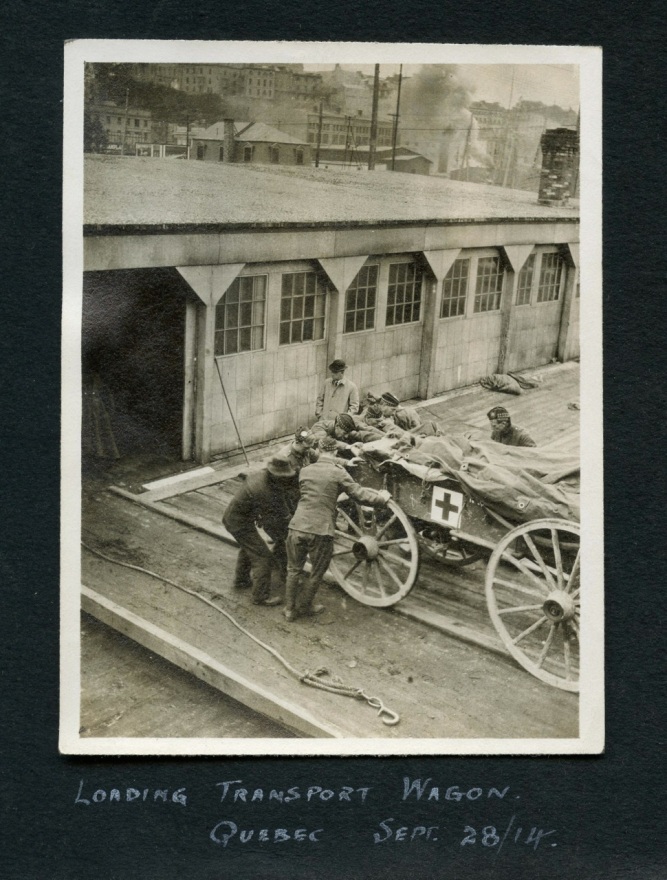